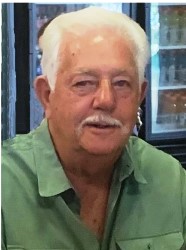 David N. Young, 81, of Coffeen, IL passed away on Sunday, October 3, 2021 at 11:43 a.m. @ St. John’s Hospital in Springfield, IL. A Celebration of Life will be held on Saturday, October 9, 2021, at 1:00 p.m. at Indian Springs Golf Course in Fillmore, IL, with a meal and golf scramble to follow the service. Rev. Matt Ferguson, Pastor of the Hillsboro Presbyterian Church in Hillsboro, IL, will officiate. Cremation rites were accorded. Burial will be in Waveland Cemetery at a later date.

Memorials are suggested to the Family’s choice.