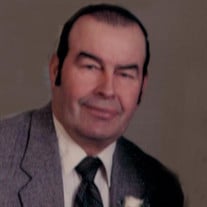 He was born on Thursday, March 10, 1938, in rural Edwardsville, the son of Louis and Malinda (nee Ziegler) Klenke.

Earl was born and raised in rural Edwardsville. He served with the US Army and was stationed in Korea. He and his wife moved on the farm in rural Edwardsville in 1959. He was a grain and livestock farmer. They lived on the farm until 2005 when they moved to their new home one mile east of the farm.
He had a good mechanical aptitude, a talent for fabrication, and also had good carpentry skills. He always enjoyed helping others with projects.
In his later years, he continued to enjoy studying the Bible, eating ice cream, and playing cards.”

Interment will be at Harris Cemetery in Alhambra, IL.

Memorial contributions may be made to National MPS Society or Harris Cemetery.