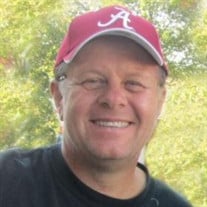 He was born on Thursday, January 20, 1955, in East Saint Louis, IL, the son of Robert and Betty (nee Ponder) Colston.

Ebbie Colston, Sr. was born in East St. Louis, Illinois one day before the love of his life – in the same hospital. He married Robin Schult in 1972 and raised his family in Bartelso, Illinois. In 1997, Ebbie dedicated his life as one of Jehovah’s Witnesses and alongside his wife, volunteered in teaching about a brighter hope for the future. He and his wife were drawn to the water, whether playing in the waves above, scuba diving the reef below, or, most recently, panning gold from the mountain streams.His personal enjoyments were simple: hunting, eating and Alabama football. He now remains in God’s memory and awaits reunion with his family. “Roll Tide”