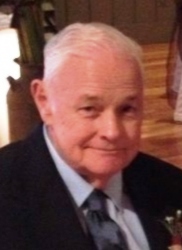 Mr. Marine retired as a First Sergeant from the United States Marine Corps, serving from 1948-1968. While in the Marine Corps, Don served in the First Marine Division and the Second Marine Division. He was in the 7th Regiment at the Chosin Reservoir in Korea and also served in Vietnam. Mr. Marine was a member of the Scott AFB Club and was a life member of the Disabled American Veterans, Chapter 15; Carlyle VFW Post 3523; and Carlyle American Legion Post 404. After retiring from the Marine Corps, Don worked as the maintenance chief at Springfield Strike N Spare Lanes for 19 years.

He was preceded in death by his parents, his wife, a daughter-in-law – Debbie Waddell; his brothers – Alonza Marine, Jr, Russell Marine, and George Marine; a sister – Martha Bland; and a brother-in-law – Roger Beckwith.

A Graveside service with full military honors will be held at Camp Butler National Cemetery, 5063 Camp Butler Rd, Springfield, IL 62707 on Tuesday, October 26, 2021, at 11:00 A.M. Friends and family are asked to gather at the cemetery.

Donations in his memory are suggested to Code of Vets, www.CodeofVets.com, and will be received through their website or at Zieren Funeral Home, 1111 Clinton Street, Carlyle, IL.

Online condolences may be shared by visiting www.ZierenFuneralHome.com.