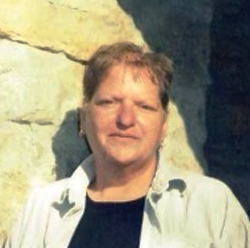 She was born February 11, 1965, a daughter of the late Ludwig “Louie” and Eileen, nee Jansen, Detmer.

In addition to her parents, she was preceded in death by her son, Joshua Feldmann; brother Vernon Detmer; sister Joyce Giloman; father-in-law and mother-in-law, Stanley and Jane, nee Johnson, Feldmann; and sister-in-law Darlene Detmer.

Kathy was a member of St. Dominic Catholic Church in Breese. She was a homemaker and enjoyed collecting Precious Moments, sewing, and was an avid St. Louis Cardinals fan.

Memorial Mass of Christian Burial will be Tuesday, October 12, 2021 at 11:00 a.m. at St. Dominic Catholic Church in Breese with Fr. Patrick Peter presiding.

In lieu of flowers, plants, or other gifts, memorials may be made to the wishes of the family with checks payable to Alan Feldmann and will be received by mail, Moss Funeral Home, 535 N. 5th St., Breese, IL 62230, who is serving the family.