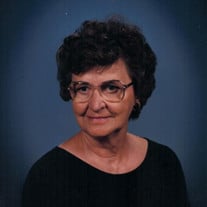 She was born on Thursday, July 26, 1928, in Springfield, IL, the daughter of Julius and Nora (nee Izatt) Graul.

Norma was born in Springfield, IL. When she was young her family moved to Mascoutah, IL, where she grew up. She was a 1946 graduate of Mascoutah High School. She was a stay at home mom after her first marriage in 1950. She owned and operated Poelker Alterations, in Mascoutah, this allowed her to be home and close to her children. Her husband Joe passed away in 1972. She re-married Emmett Carroll in 1976. Together they lived in Keyesport, IL and Arcadia, FL. They traveled to Africa, Spain, Hawaii, and all but two of the U.S. States. They also enjoyed going dancing at many different places, playing cards, gambling on casino boats and playing bingo.

Funeral Mass will be at 10:00 AM on Tuesday, October 19, 2021, at Saint Elizabeth Catholic Church in Marine, IL, Rev. Fr. Paul Habing, Pastor, officiating.

Interment will be at Saint Elizabeth Catholic Cemetery in Marine, IL.

Memorial contributions may be made to St. Elizabeth Cemetery, a charity of the donor’s choice or in lieu of flowers – do an act of kindness.