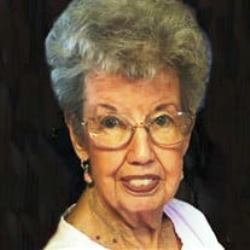 She was born on Thursday, September 21, 1939, in Alhambra, IL, the daughter of Melvin and Leona (nee Knabel) Oberdalhoff.

She was born and raised in Alhambra, IL, the oldest of four children. She was a 1957 graduate of Highland High School. She worked for Ed Lowenstein Insurance Company as a secretary; then for Tracy Trucking, Marine, IL, for almost 50 years as a bookkeeper and retired in 2018. She enjoyed working puzzles, watching game shows and Phil Mickelson playing golf, listening to music, especially “Buffalo Road”, her son plays the drums, going with Bob to dances, Polka dancing, trips to Tunica, Lake of the Ozarks and especially time with her grandchildren and great grandchildren.

Funeral Service will be at 10:00 AM on Tuesday, November 30, 2021, at Spengel-Boulanger Funeral Home in Highland, IL, with Matt R. Embry, Pastor, Mosaic Church, Highland, IL, officiating.