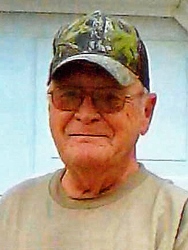 Edward G. Miller, age 83 of Carlyle, passed away at HSHS St. Joseph Hospital in Breese on Saturday, November 6, 2021, with his family by his side.

Edward was born on September 11, 1938, in East Chicago, Indiana, the son of Edward and Rose (Dust) Miller. He married Marilyn Hodapp on August 20, 1960, at St. Mary’s Church in Carlyle and they enjoyed 61 years together. Edward retired from American Steel after working there for 35 years. Mr. Miller served in the United States Army and was a member of Holthaus-Kampwerth American Legion Post 1227, Beckemeyer. He enjoyed hunting, fishing, golfing, and spending time with his family.

Mr. Miller was preceded in death by his parents; an infant son, David; his father-and mother-in-law – Walter and Elizabeth Hodapp; four brothers-in-law, one sister-in-law, and a brother-in-law – Ed Ogelsby.

In lieu of other gifts, donations in his memory are suggested to St. Mary’s Church and will be received through Zieren Funeral Home, 1111 Clinton Street, Carlyle, IL. Online condolences may be shared by visiting www.ZierenFuneralHome.com.