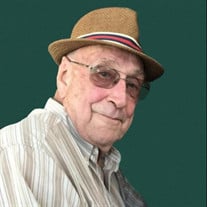 He graduated from McCray Dewey High School (currently Triad High School), Troy, IL, in 1959. He served in the US Air Force from Nov 1959 to Oct 1963. He lived in California, Montana and Nevada. In the 1990’s he moved back this area. He worked for Rural King, Highland, IL, for over 23 years. Prior, he worked for HQ in Fairview Heights, IL. He worked in retail sales for over 50 years and retired in April of 2020. He enjoyed yardwork, carpentry, gardening and playing pool .

Funeral Service will be at 10:00 AM on Monday, December 13, 2021, at Spengel-Boulanger Funeral Home in Highland, IL, Linda May-Doyle, officiating.