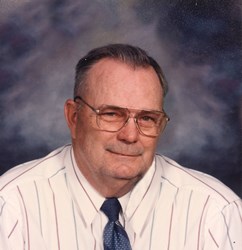 John was a veteran of the United States Army and later retired from General Motors after thirty-three years of service. He was a member of St. Boniface Catholic Church in Germantown, United Auto Workers Union, and Germantown American Legion Post 325. He was an avid outdoorsman who enjoyed hunting, fishing, camping, and was always tinkering.

The Germantown American Legion Post 325 will hold services at 7:00 p.m. on Tuesday evening at the funeral home.

In lieu of flowers, plants, and other gifts, memorials may be made to St. Boniface Catholic Church and
will be received at the funeral home or by mail, Moss Funeral Home, PO Box 117, Germantown, IL who is serving the family.