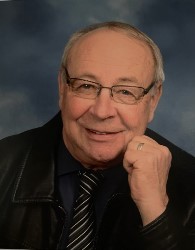 Robert A. Petermeyer, age 74 of Carlyle, died at St. John’s Hospital in Springfield on Thursday, December 16, 2021.

Mr. Petermeyer was born in Breese on October 6, 1947, a son of the late August J. and Leona (née Pollmann) Petermeyer. He married Carol Eilers on December 1, 1972, and she survives in Carlyle.

Mr. Petermeyer was preceded in death by his parents – August and Leona Petermeyer; his mother-and father-in-law – Robert and Rita (Woltering) Eilers; and his in-laws – Nancy Floyd, and Richard, Jerry, and Frenchie Eilers.

Bob proudly served in the United States Army both in Vietnam and Afghanistan. He also assisted with the recovery effort following Hurricane Katrina in Louisiana. He retired from the Army Reserve in 2007. Mr. Petermeyer worked at Granite City Steel for 14 years, then as a corrections officer for the State of Illinois for 20 years. Bob had many hobbies, including gardening, golfing, fishing, and woodworking projects for his grandkids. He also worked many Knights of Columbus bingos and enjoyed helping his son, Craig, at the shop. Mr. Petermeyer was a member of St. Mary’s Church in Carlyle, where he served as an usher. He was also a member of the Vietnam Veterans of America, the Knights of Columbus, and the VFW.

Expressions of sympathy in memory of Mr. Petermeyer are suggested to the Jared Burke Foundation, the Vietnam Veterans of America, or to St. Mary’s Church. Memorial donations and condolence cards will be received through Zieren Funeral Home, 1111 Clinton Street, Carlyle, IL 62231.