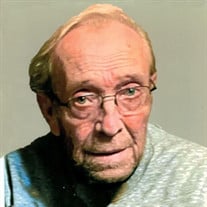 He was a member of Friedens United Church of Christ, Troy, IL,

Charles was born in Livingston, IL; grew up in the Troy, IL, area after 4th grade. He was a mechanic, worked for Morgan Linen in Troy, IL. He was an Over-the-Road Truck Driver for 20 years, retiring from Beelman Trucking in 2008. Charles enjoyed working on old cars, a 1951 Ford and 1964 El Camino which he took to car shows. He also enjoyed riding his “Gold Wing’ Trike with his wife. He collected handmade wooden trucks and hanging out with family having everyone over for BBQ’s.

Memorial Service will be at 11:00 AM on Friday, January 14, 2022, at Spengel-Boulanger Funeral Home in Highland, IL, with Pastor Ron Habermehl, officiating.

Interment will be at Friedens United Church of Christ Cemetery in Troy, IL.

Memorial contributions may be made to American Lung Association.