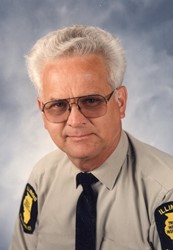 Eldon worked for the Illinois State Police, District 11 for over 15 years as a truck weight inspector. Eldon was the warehouse manager for Southern Illinois University (Edwardsville) for many years and also served as a bus mechanic at one time. He and Linda were longtime residents of Edwardsville, Illinois, and members of the Glenview Church of the Nazarene.