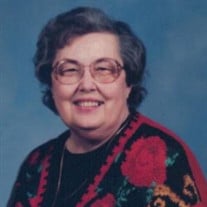 Her father Bill Welch always reveled in his only daughter’s spunk. Her mother Anna (Lexa) Welch taught her the hospitality of opening your house to guests and always making a little extra for dinner in case someone in need of a meal happened by. Her hero growing up was her paternal grandmother Sadie Thompson (Gran) who showed her what it meant to be a strong, independent woman.

Helen grew up in East St Louis, IL going to movies and playing games with her older brother Bill Welch. She claimed to have never won a game that they played together, perhaps because she realized that the win meant more to him. He was taken too young and the loss of his big personality left a hole in Helen’s life and those of his wife Arlene and his daughters Donna, Diane and Debbie.

She was a proud big sister to Michael Grafe, who was the best present her parents ever gave her. The gift of Mike, along with his late wife Ginny, and children Mike, Wendi and Travis, were among the many blessings in her life.

On December 29, 1953 she married Bernard DeBourge. Despite her initial thought that Benny (3 years her senior) was too old for her, his good looks and easy humor won her over. They started their married life as a young Navy couple in California. After Benny’s tour during the Korean War was over, they returned to Illinois to start a family. Through the years they honed their BBQ skills, teamed up to create crafts and enjoyed gambling outings that resulted in more “$100 hotdogs” than jackpots. After 22 years apart, they are finally reunited.

Together they had four children, Dan (Danette), Dale (Julie), Lynn (Bob) Pensari and Michelle (Tom) Dammerich. Helen’s family was the love of her life and the center of everything she did. Raising four, successful, happy kids was her greatest accomplishment. She was particularly proud of their choices of life partners, declaring that she could not have chosen better herself. She took great pleasure in her seven grandchildren – Jeff (Dustin), Justin (Whitney), Vanessa (Matt) Markelz, Jake, Jordan Larocco (fiancée Elizabeth), Bryan (Katherine) Dammerich and Nathan Dammerich. As well as her six great grandchildren – Addison and Aiden Markelz, Arie and Ella DeBourge, Zane DeBourge, and Gavin Dammerich.

Helen spent countless hours ensuring that her children and grandchildren had teacher gifts to be proud of, the best room mother treats, adorable Halloween costumes, and school projects with that extra special touch. She was always her children’s biggest fan…cheering for them on the basketball court, football field, tennis court, track, in the classroom and in life.

She was a part of hundreds of peoples’ wedding, anniversary and birthday celebrations through the years due to her fancy, decorated cakes. Her quilting resulted in beautiful blankets and bedding for her children and grandchildren. Her hobbies also enriched her life with much laughter and many friendships.

In her later years she discovered her love of travel; accompanying her children on gambling junkets, beach vacations and memorable cruises. Helen seldom went anywhere, big or small, that she didn’t return with a treat for a member of her family. That can be attributed to two things: one, she loved a bargain and two, her family was constantly on her mind. Helen had very few wants of her own and willingly sacrificed throughout her life to provide opportunities and experiences for those around her.

Mom was proud of her ability to live independently in her home. It meant the world to her that she knew she could always count on her kids, neighbors Rich and Linda Lewis, Tammy and Dan Knebel and her niece Janet DeBourge for comfort, help or a good talk.

Helen will forever be remembered for her down home cooking, decadent desserts, strong opinions, quick wit, fierce loyalty, candid advice and ability to always make those around her feel special and important. After all, who could forget her?

Memorial contributions may be made to Father McGivney Catholic High School.