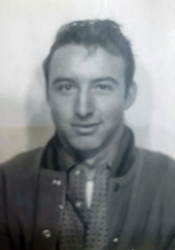 He was born on October 24, 1941, in Union City, Tennessee, to the late Hollis and Willie (Owens) Tull. He married Ruth (Lanham) Tull on February 7, 1963. Ruth was the love of his life and his favorite jitterbug partner.

Mr. Tull was a Christian and life-long member of the First Baptist Church in Carlyle. He was a people person who never met a stranger, and he was beloved by almost everyone who met him. Chuck loved a fresh cut lawn, and mowing was a passion of his. Mr. Tull will be sorely missed by his family and friends.

A Memorial service will be held at a later date. Memorial donations are suggested to the First Baptist Church in Carlyle, and they will be received through Zieren Funeral Home, 1111 Clinton Street, Carlyle, IL 62231.