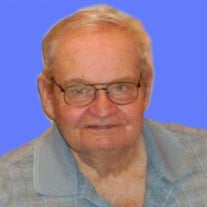 He was a member of the Immaculate Conception Catholic Church, Pierron, Illiinois, and the Alton Box Board Union Local.

James was born at Highland and grew up on the family farm south of Pierron, IL. He attended Immaculate Conception School. He worked on the family farm and on other farms for a living and then he joined the US Army. He worked at Alton Box Board Co. when he returned home from the service, retired with over 30 years of service, in 2003. He enjoyed farming and raising cattle and purchased his own farm near Pocahontas in 1969.

Memorial contributions may be made to Metro East Humane Society (Highland).