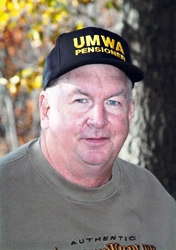 Mr. Foppe was born in Breese on September 13, 1953, a son of Louis and Loretta (nee Thole) Foppe. He married Deb Schulte on November 8, 1980, and she survives in Carlyle.

In addition to his wife Deb, John is also survived by his sons – Nathan Foppe of Pocahontas, and Justin Foppe and friend Stephanie Gustafson of Carlyle; and a grandson – Jack Foppe.

John worked as a coal miner and was a longtime member of the United Mine Workers of America. Following his retirement, he worked at American Steel in Granite City. Mr. Foppe enjoyed being outdoors, whether he was hunting, fishing, riding his side by side with his wife, or visiting with friends. He was a member of St. Teresa Catholic Church in Marydale and he helped with the Matthew 25 Food Pantry. John was also a member of the Knights of Columbus, Carlyle Council 1382, and he served as a Democrat Party Committeeman.

A Memorial service will be held at St. Teresa’s Church-Marydale on Thursday, January 27, 2022, at 11:00 A.M. Following the Mass, a lunch and Celebration of Life will be held at the Carlyle Knights of Columbus Hall.

Expressions of sympathy in memory of Mr. Foppe are suggested to St. Jude’s Children’s Research Hospital or to the Make-A-Wish Foundation. Memorials and condolence cards will be received through Zieren Funeral Home, 1111 Clinton Street, Carlyle, IL 62231.