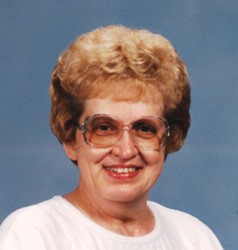 Cynthia Ethel Grapperhaus, age 86, of Beckemeyer, IL passed away Thursday, February 17, 2022 at Cedarhurst of Breese, where she has resided in the memory care unit since November 2019.

Cynthia was born May 23, 1935 in Troy, OH, the daughter of Rev. Justus and Ethel, nee Schluer, Kalkbrenner. She also lived in Newburgh, IN; Louisville, KY; Penntown, IN; and Breese, IL, throughout her childhood and young adult years, as her father was a minister in each of these communities.

She moved to Breese in 1950 and attended Breese High School, where she was the valedictorian of the class of 1953. She attended Deaconess Hospital School of Nursing in St. Louis, graduating in 1956 as a Registered Nurse. Cynthia worked her entire career at St. Joseph’s Hospital in Breese, IL in the OB Department. She retired in 1980 after helping to bring many babies into the world.

Cynthia married Raymond Grapperhaus on April 30, 1960. They reached the milestone of 61 wonderful years of love and marriage.

She was a 72-year member of St. John’s United Church of Christ in Breese, IL where her father served as pastor from 1950 until his retirement in 1972.

A private graveside service will take place at St. John’s Cemetery in Breese, IL at a later date.

In lieu of flowers, plants, and other gifts, memorials may be made to St. John’s Cemetery Perpetual Care Fund and will be received by mail, Moss Funeral Home, 535 N. 5th, Breese, IL 62230, who is serving the family.