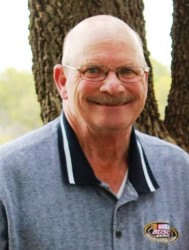 Robert A. Moseley, Jr., 63, of Jamestown, formerly of Texas, passed away on Monday, February 14, 2022 at his residence surrounded by his family.

Robert held several jobs in his life, the last was managing the deli at Tru-Buy in Highland. He loved to fish, dance, and to watch racing and football. While living in Texas, Robert enjoyed hunting. Of all things, he enjoyed talking to people, even complete strangers.

He was also preceded in death by his brother, David Moseley.

Robert is survived by his wife, Kay Moseley of Jamestown; sons, Jeffrey and Gregory Moseley of Texas; step-children, Susan, Jason, and Jereme Harlan; and many grandchildren and great grandchildren that loved him dearly.

Cremation rites will be accorded, and no public ceremonies will be held.

The family has entrusted Assalley-Young Funeral Home in Greenville with arrangements.

Please visit www.assalleyfuneralhomes.com to share memories of Robert, or to offer condolences to his family.