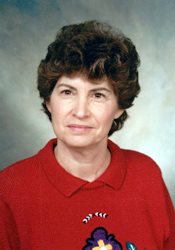 Funeral services will be held at 3:00 p.m. Saturday, March 26, 2022 at the Donnell-Wiegand Funeral Home with Rev. Dr. Ward Sussenbach officiating. Interment will follow in Campground Cemetery south of Greenville. The family will receive friends from 1:00 p.m. Saturday until service time. For those who desire memorials in Ruby’s memory may be made to the Hospice of Southern Illinois.

Ruby Jane Melton, the daughter of Jesse Melton and Beulah Gunnels Melton, was born on March 6, 1943 in Quilin, Mo. Ruby grew up there and attended the public schools graduating from High School in 1960. Ruby received her Associates degree from the School of the Ozarks in Point Lookout, Mo. and her Bachelor’s degree from Arkansas State University in Jonesboro, Arkansas, and later her Masters degree in early education from Lindenwood University in Saint Charles, Mo. Ruby was a member of the Missouri Retired Teachers Association.

Ruby taught kindergarten for 5 years in the Ferguson Florissant R 2 School District then stayed home in Greenville to care for her two children until they were in junior high and high school respectively. Her final assignment was 18 years in the National Model Parents As Teachers, program in the Ferguson Florissant R 2 District where she worked with 4 year olds in the home Tuesday thru Friday then taught them as a group into school on Saturdays.

Teaching school was her first love and obviously what she was born to do. While living in Greenville she cared for her two children Susan and Steven, and loved spending time with her best friend and neighbor Bonnie Reelitz.

Condolences may be made online www.donnellwiegand.com