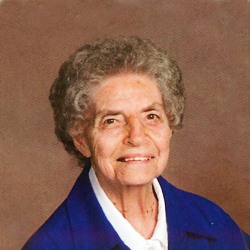 Florence H. Arentsen, age 92, of Damiansville, passed away Saturday, April 2, 2022 at home surrounded by her family.

She was born July 25, 1929 in Damiansville, a daughter of the late Fred G. and Euphamia, nee Markus, Tonnies.

Florence was a homemaker and a member of St. Damian Catholic Church and Altar Sodality in Damiansville, and Mater Dei Mothers and Friends. She enjoyed quilting, sewing, and spending time with her many children, grandchildren, and great-grandchildren.

In lieu of flowers, plants, and other gifts, memorials may be made to St. Damian Catholic Church, Mater Dei Catholic High School, or Residential Hospice and will be received at the visitation or by mail, Moss Funeral Home, 535 N. 5 th St. Breese, IL 62230, who is serving the family.