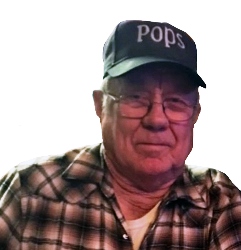 Mr. Kampwerth was a member of St. Mary Catholic Church in Carlyle and a veteran of the United States Army. He was a member of the Beckemeyer Legion and Carlyle Knights of Columbus.

Gerald worked at Middle West Freightways, BeMac and Fruehauf as a diesel mechanic for 30 years. He finished his career at Hazlet State Park, retiring in 2008. He enjoyed hunting and the comradery of having deer camp every year. This tradition he has passed on to his boys and grandkids. However you knew him, by pops, Uncle Gerald, 40 mile, he never met a stranger. As of April 11, 2022 Gerald was no longer one step ahead of Tom Frerker.

A Funeral Mass of Christian Burial will be held at 11:00 AM on Tuesday, April 19, 2022 at St. Mary’s Catholic Church in Carlyle with Fr. George Mauck officiating. Interment will follow at St. Mary’s Cemetery in Carlyle.

Memorials made in memory of Gerald are suggested to St. Mary Church or Greenville Nursing and Rehab and will be received at Nordike Funeral Home, 740 Fairfax Street, Carlyle, IL 62231.

Online condolences may be made to the Kampwerth family by visiting www.nordikefuneralhome.com.