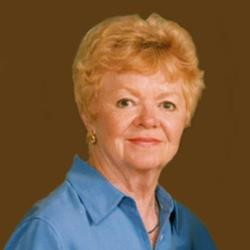 She was born on Wednesday, October 5, 1932, in Saint Louis, MO, the daughter of Louis and Helen (nee Hohlbaugh) McMahon.

Celeste was born in Webster Groves, MO. She grew up in Mineola, NY. She worked as a Stewardess for Eastern Airlines. Reared her family in Bridgewater, NJ. In her retirement she lived in Naples, FL. She moved to Highland in 2015. She enjoyed golfing (had scored a hole-in-one), playing bridge and bowling. She and her first husband performed in musical theaters.

Interment will be at St. Martin of Tours Catholic Cemetery in New Hope, PA.

Memorial contributions may be made to Eden Village or Alzheimer’s Association.