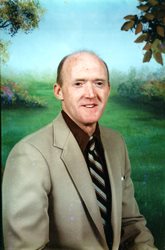 Charles E. Clements, age 88 of Greenville, passed away Friday morning, April 29, 2022 at his home in Greenville surrounded by his family.

Charles Edgar, the son of Elmer William and Viola Mae (Alexander) Clements, was born July 10, 1933, in Bond County, Tamalco Township. He attended the Duncan one room school, Central school, and attended and graduated from Greenville High School with the Class of 1952.

Charles served our country in the United States Army. He was enlisted on May 20, 1953, in St. Louis, Missouri. He was an Automatic Weapons Crewman and worked Anti-Aircraft Artillery. He was honorably discharged in 1955.

Charles and Shirley Ann Greer were united in marriage on September 29, 1962 in Smithboro, Illinois. They enjoyed 54 years together before her passing on May 7, 2017. They had two daughters, both surviving: Connie J. Bennett of Carlyle, Illinois, and Bonnie J. (Steve) Fogler of Vandalia, Illinois.

He worked for Olin Corporation from 1960 to 1995. He was a machine adjuster and worked various positions in the plant. Charles and Shirley loved spending time with family and friends, especially their granddaughter Tiffany (Fred) Hill and great-grandchildren Kylie, Marissa, Makayla, and great-greatgrandchildren Jersey, Journey, and Depsey.

Surviving is also a sister Bernice Clements of Greenville and a brother Max Clements of Highland.