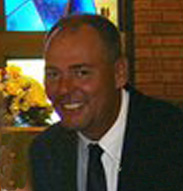 In addition to his wife of 36 years he is survived by his children: Lucas Wessel of Centralia, Megan Ritter and husband Dustin of Trenton, and Mallory Wessel of Gillespie; grandchildren: Briana and Elijah Ritter; two brothers: Lowell Wessel of Staunton, Terry Wessel and wife Rolynda of Claremore, OK; nieces and nephews: Kristen Stanford and husband Chris of Vineyard, UT and Brandon Wessel and husband Brandy of Mustang, OK.

He was preceded in death by his father and mother Leroy and Gladys Wessel and mother-in-law and father-in-law, Roy and Maurine Twenhafel.

Kevin was a 1980 graduate of Carlyle High School and a 1982 graduate of Bailey Technical School in St. Louis. During his career he worked for Wischmeyer Architects in St. Louis and Environs Architects before starting his own business. In 1991 Kevin opened Wessel Detailing where he used his creative skills to design many different projects. In 1997, Kevin and his wife Sherry built the home of their dreams where they raised their family and made many memories. He took great pride in his yard and keeping it immaculate. He loved to fish and play darts with his children and golf every chance he got. Kevin was a great friend to many and loved by his family.

Visitation will be held from 3:00 until 7:00 PM on Friday, May 20, 2022 at Nordike Funeral Home in Carlyle. A private family service will be held at a later time.

Memorials made in memory of Kevin are suggested to Christ Our Rock Lutheran High School or National Alliance on Mental Illness.

Online condolence may be made to the Wessel family by visiting www.nordikefuneralhome.com.