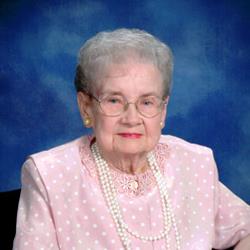 Mildred was born at Highland, IL. She grew up in Highland in a home across the street from Saint Paul Catholic Church and graduated from St. Paul High School in 1943. She worked briefly for Shell Oil Company in St. Louis and then returned to Highland to work for Fred Habbegger, a local attorney. She worked for him for over 20 years until his death in 1964. Millie then was recruited by the First National Bank, working there from 1964 until retiring in 1990. She was a Senior Vice President and Senior Trust Officer of the Bank. She continued on as a consultant for several years.

Memorial contributions may be made to St. Paul School Educational Foundation, Masses or Donors Choice.