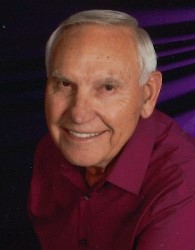 Raymond graduated from St. Rose Public School in 1950, then worked on the family farm, while also helping on some of the neighboring farms. He was also employed at the Brown Shoe Company in Trenton, IL for several years, until he enlisted in the U.S. Army in 1957. After Basic Training he was assigned to the 3rd Infantry Division and served in Germany for the remainder of his active duty, where he met his future wife. He returned to the U.S. in 1959 after being honorably discharged. On July 9, 1960, he married Rosemarie Emmert at St. Rose Catholic Church.

Raymond started working for Highland Machine and Screw Co. in 1959, and worked for 42 years, until retiring as a Supervisor in February 2001. During his employment he earned his high school diploma and took several job-related courses.

He loved travelling with his wife, visiting most of the U.S., including Hawaii and Alaska; with the National Parks being his favorites. They travelled to many places in Europe including Croatia and surrounding countries, while also enjoying two river cruises from Amsterdam, Holland, to Budapest, Hungary, with both cruises stopping at his wife’s hometown of Wurzburg, where they were able to visit and spend time with her family. One memorable event was seeing the Oberammergau Passion Play in 2000. Raymond enjoyed spending time with family and friends. He learned to play golf, after his retirement, and thoroughly enjoyed playing the game with friends, as often as possible.