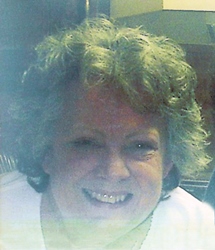 Mrs. Gebke was born in St. Louis, Missouri, on December 21, 1943, a daughter of Fred and Mabel (nee McGrath) Jobe. She married Jerome Gebke in Centerville on February 8, 1964. JoAnn worked as a software analyst for a major corporation in Columbus, Ohio. Her greatest joy was being “Nonnie” and she loved spending time with her family. She also enjoyed cooking and baking. JoAnn was a member of St. Mary’s Church in Carlyle.

She was preceded in death by her parents; and her husband Jerome on August 3, 2014; a daughter – LeAnn Gebke; a son – Kent Gebke; a sister – Myrle Crowder and husband Dave; and a brother – Alan Jobe and wife Mary.

A Graveside Service will be held at St. Mary’s Cemetery in Carlyle at 11:00 A.M. on Saturday, July 9, 2022. Visitation will be held at Zieren Funeral Home in Carlyle on Saturday, July 9, from 9:00 – 10:45 A.M. Donations in her memory are suggested to St. Jude Children’s Research Hospital and will be received through Zieren Funeral Home, 1111 Clinton Street, Carlyle, IL 62231. Online condolences may be shared at www.ZierenFuneralHome.com.