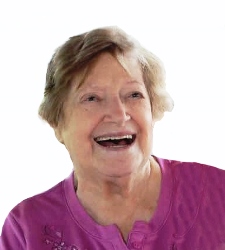 Marian J. Lippert, age 92, of Carlyle passed away on Wednesday, July 27, 2022 at St. Joseph’s Hospital in Breese. Marian was born September 2, 1929, the daughter of Aloys and Gertrude (Huelsman) Eversgerd. She married Donald Lippert and he died on February 24, 1982.

Marian was a seamstress with DeMoulin Brothers of Greenville for many years. She enjoyed visits with her grandchildren and great grandchildren; gardening; puzzles; and was a loyal St Louis Cardinals fan.

Funeral services will be held at 12:00 PM on Monday, August 1, 2022 at Nordike Funeral Home in Carlyle with Rev. George Mauck officiating. Interment will follow at Carlyle Township Cemetery.

Visitation will be held from 10:00 AM until the time of services at Nordike Funeral Home in Carlyle.

Memorials in honor of Marian are suggested to St. Jude Children’s Hospital and will be received at Nordike Funeral Home at 740 Fairfax Street., Carlyle, IL 62231.

Online condolences may be made to the Lippert family by visiting www.nordikefuneralhome.com. 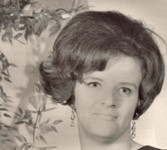