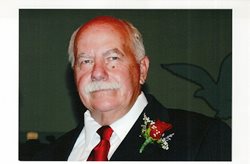 Charles L. (Pete) Peterson age 76 of Greenville, passed away at 5:03 a.m. Saturday, September 10, 2022 at HSHS Holy Family Hospital emergency room. In keeping with his wishes, there will be no public services.

For those who desire, memorials in Charles’s memory may be made to the Simple Room at the Donnell-Wiegand Funeral Home.

Charles LaVern Peterson, the son of Cletus Peterson and Jessie M. Sandifer Peterson, was born on May 7, 1946 at Highland Hospital. He was raised near Woburn on a farm and moved to Greenville in his youth. Charles attended the Woburn One Room School and the Greenville schools graduating from Greenville High School with the class of 1965.
Charles answered his country’s call by joining the United States Army on June 21, 1965, rising to the rank of SP5. He served in multiple locations in South East Asia and Germany during the Vietnam War. He was awarded the National Defense Medal, the Vietnam Campaign Medal w/Dev 60, the Good Conduct Medal, the Vietnam Commendation Medal, the Army Commendation Medal, the Sharpshooter (Rifle M-14) ribbon and was honorably discharged on April 17, 1968 after 2 years, 3 months and 10 days overseas.

Early in life Pete delivered milk for Ervin Wernle, joined Labor Local Union #622 (where he helped build the interstate 70 highway), and worked at the Chrysler plant near St. Louis, MO. Charles joined the City of Greenville, first in maintenance, then as a Police Officer in 1969. He attended the Police Academy at Belleville Area College and became Greenville’s first Police Sergeant on March 14, 1973. Pete received his Associate in Applied Science Degree in 1974 and completed various service and special training classes throughout his career; retiring from the City in 1997. He received letters of commendation in 1984, 2 in 1989, and 2 in 1994. He owned a thrift store briefly, then became the Chief of Police in Pocahontas, IL for 8 years. Pete also worked as a “picker”- going to public auctions and garage sales and then reselling antiques – for most of his adult life.

Pete always put others before himself and his exceptional generosity was widely known. He kept an envelope of cash labeled “God’s Money” which he used countless times during his life to help anyone and everyone who came to him in need whether complete stranger or familiar friend.

Charles was a member of Amvet Post 140, the Retired Police Association and the Baptist Church.