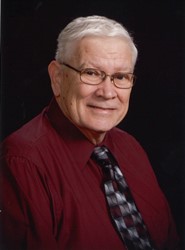 Dave liked working with his hands, owning his own woodworking shop after retirement.

His other hobbies included bowling, fishing, and gardening. Dave’s greatest joy in life was his family, especially his grandkids who fondly called him “Paw Paw”. Dave was a loving and caring husband, father, grandfather, and great grandfather who will be missed dearly.

He was preceded in death by his parents, James T. and Euna O. Caperton.

Memorials may be made to the Marine Fire Department or the American Heart Association.

Interment at a later date.