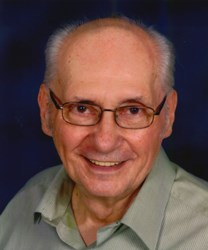 In addition to his parents, he was preceded in death by a son, David Tabaska; sister, Betty (Robert) Boehme; father-in-law and mother-in-law, John E., and Rose A., nee Creane, Stallings; and brothers-inlaw and sisters-in-law, Msgr. John “Jack” Stallings, Mary Ann (Martin) Haselhorst, and Therese (Michael) Schmalz.

Jerry is survived by his wife, Ursula Tabaska, nee Stallings, whom he married July 8, 1961 at St. Mary Catholic Church in Trenton; and son, Jack (Rosanne) Tabaska of O’Fallon, MO.

Jerry was a veteran of the United States Air Force and member of St. Dominic Catholic Church in Breese. He retired from Peabody Coal Company in Denver, CO as a Preparation Engineer and also retired from Tri-State Generation & Transmission in Craig, CO.

Memorial Mass of Christian Burial will be Friday, September 16, 2022 at 11:00 a.m. at St. Dominic Catholic Church in Breese with Fr. Patrick Peter presiding. Interment will follow at St. Dominic-St. Augustine Cemetery in Breese.

Memorials may be made in the form of Masses or to St. Dominic Catholic Church and will be received at the visitation or by mail, Moss Funeral Home, 535 N. 5th St. Breese, IL 62230, who is serving the family.