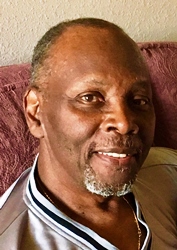 Herschel Roy Beard, 80, of New Baden, was called home on September 2, 2022, in his bedroom surrounded by family. He was born July 27, 1942, in Chicago, Illinois, the son of Robert and Dorothy Beard (nee Butler). He married Candice Hagen on August 27, 1977, at the Chapel of Promise in Reno, Nevada.

He was preceded in death by his mother, Dorothy Harris (nee Butler) and father, Robert Beard, Sr.; and his mother-in-law, Betty Hagen.

Mr. Beard was a SMSgt. in the United States Air Force, serving for 27 years including in Vietnam. Upon retiring from active duty, he continued working for Civil Service in communications at Scott Air Force Base for over a decade. Many of those in the community remember Herschel’s talented gift of singing, which he often shared at Zion UCC in New Baden. He also served the community through his volunteering for Meals on Wheels, as a Pantry Angel for the Zion UCC giving tree, as well as a former member of the park board, helping to bring the exercise equipment still found in the New Baden park today.

He loved to give to others, and was an immensely selfless man. Many considered him to be a father, brother, or son they never had. He loved to tinker with computers, fixing them for anyone who needed help. He also had a love for trucks, cars, and motorcycles. Although he seemed stoic, he had a silly sense of humor. His only vices were peanut M&Ms and cheesy science fiction.

In lieu of flowers or gifts, memorials may be made in his name to Countryside Manor in Aviston, Zion UCC of New Baden, or to Hospice of Southern Illinois.