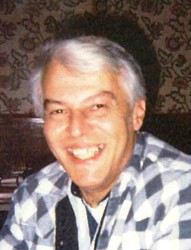 Thomas (Tom) Dale Shrewsbury, 75, of Greenville, IL, passed away on Monday, September 19, 2022, at his home in Greenville, IL surrounded by family. He was born to R. Dale and Bertha Lou (Fowlkes) Shrewsbury in Rapid City, SD on September 3, 1947.

Tom was raised in Rapid City, SD and later moved to Deadwood, SD. His father owned and operated a bowling alley and later a Texaco Gas Station. Tom graduated from Deadwood High School, SD in 1965.

After high school, he moved to Minnesota where he attended college. He then moved to Illinois where he met and married Christine (Quillinan) Shrewsbury in September 1976. They had two daughters, Francine and Colleen.

Tom worked for the Village of Hebron, IL for 22 years and held a rural water way license from the State of Illinois.

Tom moved to Gillette, WY after retirement where he met Deb Heying. They married in December 2020, in Greenville, IL.

Tom was preceded in death by his parents, R. Dale and Bertha Lou.

A Celebration of Life will be held at a later date.

The family asks that donations be made in lieu of flowers, plants, and other gifts as both organizations were an important part of his life.

The family has entrusted Assalley-Young Funeral Home in Greenville with the ceremonies.

Please visit www.assalleyfuneralhomes.com to share memories or offer condolences to the family.