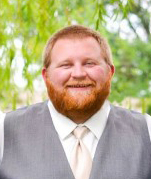 In addition to his wife Kait, Tyler is survived by his children – Emily, Stella, and Brett Gartside; his parents, Dan and Kelly Gartside; father-in-law and mother-in-law – Laura and Kevin “Bones” Jansen; his sisters – Melanie Norman (Nick) and Krystal Gartside (Austin Leslie); brothers-in-law – Parker Jansen, Tyler Bollheimer, and Brandon Hemker (Sarah); a sister-in-law – Ellie Jansen; nieces and nephews – Tucker, Miles, Brooks, Lennox, Bella, and Poppy. Tyler was anxiously awaiting the arrival of Baby Norman. He is also survived by his grandmother-in-law – Rosemary Gordon-Young, numerous aunts and uncles, and many friends that were more brothers than friends.

He was preceded in death by his grandparents – Phyllis and Duwaine Adams, and Mary and Duane Gartside.

Tyler loved throwing darts, throwing horseshoes with his dad, and spending time with his family and friends. He was an avid football fan and rooted for his favorite team, the Green Bay Packers. Tyler was always down for a good time, and he was the life of the party wherever he went. He was usually rocking out to Mötley Crüe and other hair bands.

A Celebration of Life will be held at 2:00 PM on Saturday, October 29, 2022, at Buxton’s Banquet Hall in Beckemeyer. Expressions of sympathy in memory of Mr. Gartside are suggested to his children and can be payable to Kait Gartside. Donations will be received through Zieren Funeral Home, 1111 Clinton Street, Carlyle, IL 62231.

Online condolences may be shared at www.ZierenFuneralHome.com.