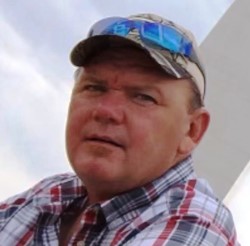 There will be no formal service. Donnell – Wiegand Funeral Home in charge of arrangements.

Drew was a Christian faith. He was an avid BMX rider/racer in earlier years and transitioned into four wheeler/dirt-bike racing. Drew was the president at Cahokia Creek Dirt Riders in White City, IL. He was the lead maintenance man at Consolidated Grain and Barge until 2020.

He is survived by his son Darrell Dakota Durr of Las Vegas, Nevada.

Darrell is survived by his siblings: Dawn Rogier (Charlie) of Greenville, Danny Durr of Greenville, Sybrinia (Jerry) Linebery of St. Peter, Illinois, Randy Bingham of Kentucky, and Julie Hall. Several other family members and close friends he leaves behind.