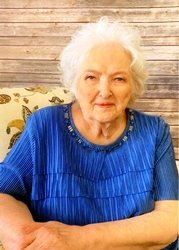 Mrs. Sudholt was a press operator at Jim’s Formal Wear in Trenton for 28 years before her retirement. She loved playing card games, especially tripoli and euchre with her friends and family.

Memorials may be made to Aviston Fire Department or charity of donor’s choice and will be received at the funeral home. Condolences may be sent to the family at www.nordikefuneralhome.com