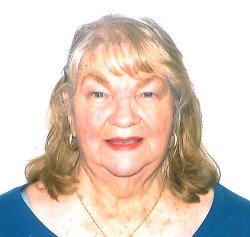 Paula had a green cheek conure named Lala, who she adored. Aside from caring for her bird, you could often find her playing BINGO, dominoes, or any dice or card game.

Another of her favorite past times was belly dancing.

She was preceded in death by her parents, Paul and Minnie Gosvener, and sister, Patricia Smith.

Memorials may be made to donor’s choice.

There will be no services at this time.