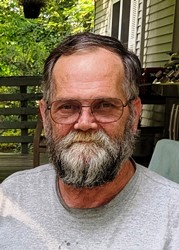 A Funeral Service will be held at 11:00 AM, Saturday, December 17, 2022 at the First Christian Church, Brownstown with Pastor Nathan Brands officiating. Visitation will be held prior to the service from 9:00-11:00 AM, Saturday, December 17, 2022 at the church. Per Dan’s wishes, cremation rites will be accorded following the funeral. Memorials may be made to the Fayette County Cancer Fund or First Christian Church Building Fund. Online condolences can be expressed at www.hohltandfilefh.com.

Daniel Joseph Palecek was born April 01, 1950, son of John and Elizabeth “Betty” (Bausch) Palecek; unbeknownst to his parents, being born on April Fool’s Day would give Dan a sense of humor that would provoke contagious laughter among his family and friends. He always said “My birthdate is my excuse, what’s yours?” He married Judy Marie Hipsher on November 10, 1978; together they celebrated 44 years of marriage and raised two children.

Dan obtained a Bachelor’s Degree in Business Administration from SIUE, served in the Illinois National Guard; and retired as the Service Manger from Boley Mobile Homes after more than 40 years of employment.

He was involved with the Fayette County Republicans; was the county coordinator for the Ron Stephens and John Cavaletto Campaigns; served as an election judge and was a former precinct committeeman.

Dan loved spoiling his grandkids, hunting, NASCAR, spending time on the Palecek Farm, working on his 1967 Mustang, and having coffee and solving the world's problems with his buddies.  He was always willing to lend a helping hand to anyone who needed it.  Most of all, he cherished the time he spent with his family and friends.

He was preceded in death by his parents; father and mother-in-law, William Elbert and Marie Largent Hipsher; and in-laws, Wilma and husband Harmon Kelly, Daisy Hipsher, Alvin “Sonny” Hipsher and wife Marie.