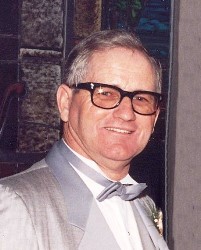 Dale E. Chaplin, 82, of Donnellson, IL passed away on Monday, January 23, 2023 at 1:15 a.m. at his residence. Cremation Rites were accorded and no services are being held at this time.

Mr. Chaplin was born on July 22, 1940 in Hillsboro, IL to the late Henry Lester Chaplin and Ruth (Seybert) Chaplin. He was a 1958 graduate of Hillsboro High School in Hillsboro, IL. Mr. Chaplin served as decon at Mt. Moriah Baptist Church and Taylor Springs Baptist Church; Teamsters Union #916 Springfield, IL; He loved tractor-pulls, truck-pulls, and mowing. He had worked as a truck driver and freight hauler for Springfield Decatur Transfer, then for Rudoph Express. Mr. Chaplin married Janet Roberts on September 28, 1963 in Fillmore, IL, and she survives in Donnellson, IL. Mr. Chaplin had lived in the Hillsboro-Donnellson area his entire life.

There will be no services at this time. Toberman Dean Funeral Home in Coffeen is in charge of arrangements.