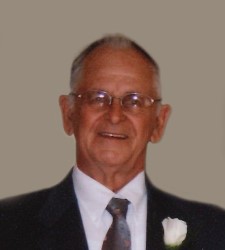 J.R. retired from Dow Jones in Highland after twenty-five years and worked as a Press Foreman. He was a member of First Baptist Church in Carlyle, former Assistant Director at Illinois Good Sam camping group, and belonged to GCIU Local 6-505 in St. Louis. J.R. and his wife enjoyed camping and traveling and together they visited all fifty states and forty-nine of them with their motorhome. They were regular snowbirds to Mesa, AZ and also summered two years in Alaska.

Visitation will be Saturday, January 28, 2023 from 9:00 – 11:00 a.m. at Moss Funeral Home in BreeseIn lieu of flowers, plants, and other gifts, memorials may be made to the Alzheimer’s Association at www.alz.org or will be received at the visitation or by mail, Moss Funeral Home, 535 N 5th St. Breese, IL 62230, who is serving the family.