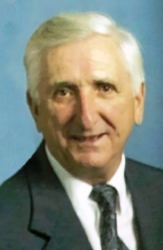 Luis Perez, age 94 of Beckemeyer, passed away at his home surrounded by his family on Saturday, January 21, 2023.

In addition to his parents, he was preceded in death by two brothers – Manuel Perez and Julio Perez.

Mr. Perez served in the United States Army and was a member of Holthaus Kampwerth American Legion, Post 1227, Beckemeyer. He was also a member of Scott Lodge 79 A.F. & A.M. Luis retired from General Motors, and he loved fishing and watching St. Louis Cardinals baseball.

Online condolences can be shared at www.ZierenFuneralHome.com.