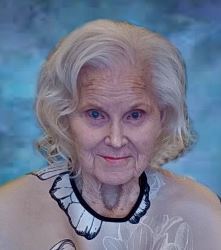 She was born on Wednesday, December 18, 1929, in Casa Grande, AZ, the daughter of Cornelius and Oma (nee Rapier) Vickers, Sr.

Ruth was born at Casa Grande, AZ. She lived there until the age of 12, when she moved to Santa Monica, CA. After her children were grown, she started working for Huntington Beach School District. She moved to Mission Viejo, CA in 1992. In April 2021, she moved to Illinois to be closer to her son. Ruth loved growing roses in her back yard.

Private arrangements at a later date.