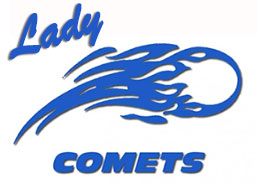 The Greenville Lady Comets softball team will be back in action this Saturday in the regional championships. We spoke with their coach, Doug Fletcher, who said Tuesday night’s game against Wesclin was a highlight of the season.

“It was probably the best game we’ve played all season,” Coach Fletcher told us. “We had a very high energy level and we kept it up through the whole game. We had eight different girls that scored, out of the 10 runs, which is outstanding. We ended up with 12 hits and I think seven different girls had hits. Probably the best all-around game we’ve played.

“Whitney Gray was outstanding on the mound. Her ball was moving all over the place and she was hitting her locations.  Jackie Hoffmeier was three for four, leading us — scored three times. Absolutely great game.”

Fletcher also told us the team is looking forward to the challenge Saturday.

“I expect it to be an awful good game, they’re a pretty good team,” he said. “I look forward to that challenge and hopefully we can bring back our third regional title in the last six years.”

The Lady Comets will play Breese-Central in the regional championship this Saturday at 11:00 a.m. and you can hear it on WGEL 101.7 FM or streaming online at www.wgel.com. 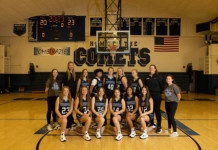