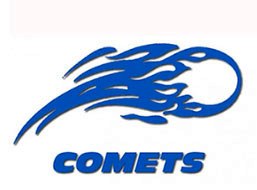 The high school football season is starting a bit earlier this year. Normally, the first official day of practice is on a Wednesday but IHSA spokesman Matt Troha says it’s being bumped up a couple of days.

“I know the coaches like that better, because there’s a five-day build-up period and then they can do the full pads,” he said. “So this year they’ll be able to go Monday through Friday and then they’ll have their first full-pad practice on Saturday.”

Teams will be allowed to hit the field next Monday, August 11th. The first games are played August 29th. That’s when the Greenville Comets will kick off their season, at Litchfield.

Prior to that, you can get your first glimpse at the Comets in action on August 22nd at their annual Blue and White Scrimmage. If you’re attending that game, be sure to pick up your free WGEL Comets schedule keychain.