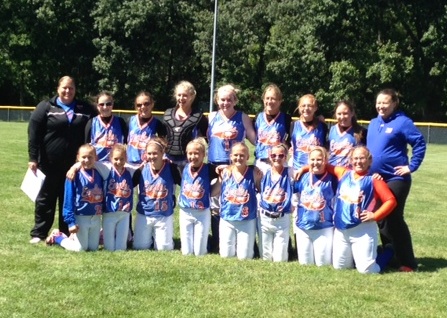 After winning the semi-final regional game Saturday, beating Altamont 10-7, the Mulberry Grove Lady Eagles softball team played Windsor Monday in the Regional Championship game. The Eagles lost to Windsor 5-0. Eagles head coach Lyndsey Beckham said they played a very good game and it is the only game Windsor played this season to seven innings. They won their other games in five innings with the ten-run rule. The Lady Eagles finish the season with a record of 9 and 5.

Congratulations on a great season!