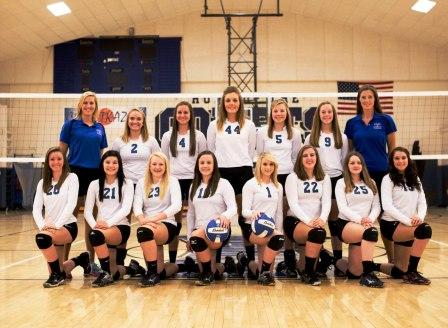 The Lady Comets volleyball team handed out their varsity awards recently. The ladies ended their regular season with a record of 23-11 and were 5-4 in conference play.

Molly Langham and Brooke Weiss were congratulated for making the Second All Conference Team.

The Comet Blue Spirit Award went to Katie Schreiber. This is an award that highlights an athlete who has a heart for her team, shows dedication to her team, and encourages her team. Coaches noted Schreiber has a true Comet heart and said Katie did all of those things on the court and from the bench.

The Comet White 110% Award went to Molly Langham. This is an award that highlights an athlete that always works; is a leader; whose effort inspires others to do the same; whose voice motivates, directs and challenges. They want to give their best for the success of the team. It was noted the coaches all agreed on Langham as the recipient.