The Greenville Comets baseball team has won 3 of its last 4 games, and as of Tuesday had a 7 and 4 overall record and 1 and 1 South Central Conference mark.

The conference win was an 8 to 4 decision over Gillespie last week.

Dillon Hallemann was the winning pitcher, striking out 10 in 7 innings.

Monday at home, the Comets lost a conference game to Roxana by the score of 8 to 3.

Josh Pierce had two hits and drove in two runs on offense.

GHS won the first game 9 to 4. Carlson was the winning pitcher, striking out 8 in 5 innings.

Leading the offense were Hutchinson with 2 doubles and Sexton with 2 hits including a double.

Hallemann was the hitting star with 3 hits including 2 home runs and 6 RBIs. Hutchinson came up with 4 hits and Pierce drove in 2 runs. 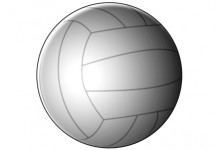