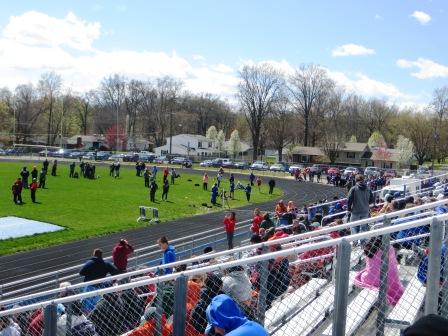 Despite a wind of over 40 miles per hour, the 7th annual Greenville High School Invitational track meet was held Saturday.

The Lady Comets placed 10th among the teams with 29 points.

Taylor Kalous bettered her own record in the discus. Her best throw of 115 feet, 4 inches, claimed 1st place. She was also 6th in the shot put.

Madelyn Daiber finished 3rd in the shot put, Kalie Meadows was 5th in the high jump and 6th in the triple jump; Cameryn Gan, 6th in the 100 meter hurdles; and Cheyanne Hulvey, 8th in the pole vault.

The strong wind forced the boy’s pole vault event to be canceled. 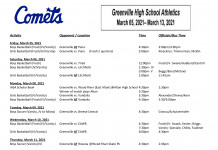