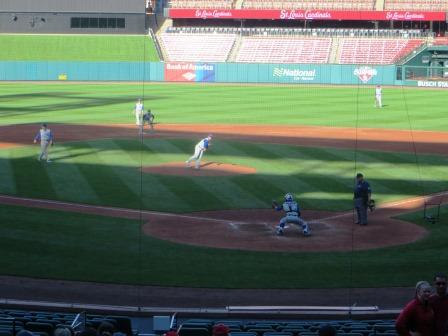 The Greenville Comets have a two-game winning streak at Busch Stadium in St. Louis after beating Knox County, Missouri Saturday by the score of 9 to 0. 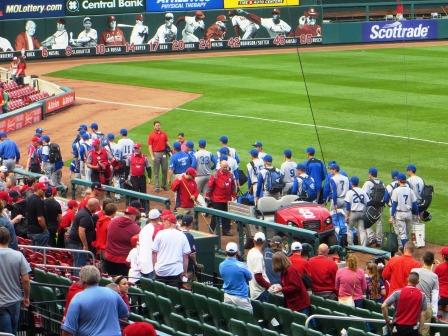 It was the fifth straight year the Comets played in the major league ball park and their game followed the Cardinals-Nationals game. The high school game, broadcast by WGEL, was ended in the eighth inning due to threatening weather approaching.

The Comets scored five runs in the first inning, and added two in the third and two in the sixth. Garrett Durborow was three-for-three on offense, driving in two runs, while Ryan Hutchinson had a double and triple. Christian Moss delivered a two-run double.